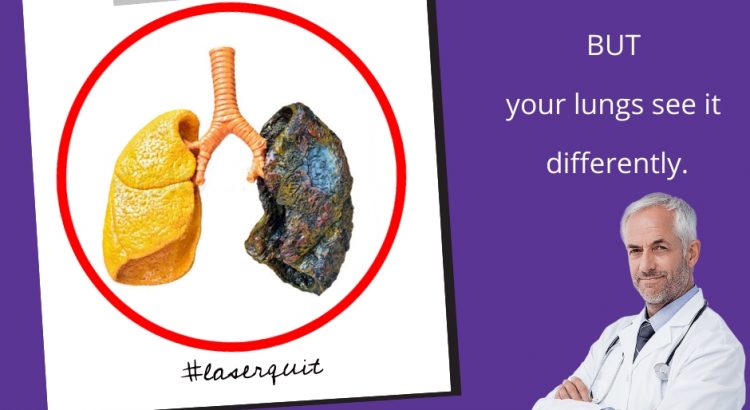 TORONTO — A new study investigating correlations between smoking, COVID-19, and a type of lung disease called COPD has found that current smokers are at a higher risk of dying from COVID-19 than non-smokers.

The study, published Monday in the scientific journal PLOS ONE, is the first to specifically investigate the risks posed to COVID-19 patients with a history of COPD.

COPD stands for chronic obstructive pulmonary disease, and is “a common, persistent dysfunction of the lung associated with a limitation in airflow,” according to a press release about the study.

The disease is complicated, and is predominantly caused by “exposure to noxious gases and particulates over a long period,” the study explained. There were 251 million cases of COPD in 2016, and it is exacerbated by numerous things, including smoking.

This new study wanted to investigate how a history of COPD — or a history of smoking — correlated with COVID-19 patients.

To cross-reference these factors, the new study collected as many previous studies that assessed COVID-19 and the presence of COPD in COVID-19 patients as they could, narrowing down 123 potential papers to 15.

Because of the small number of studies that fit the bill, and the diverse locations, settings and designs of these studies, the researchers acknowledged that their results were somewhat limited.

What they did find was that “current smokers were 1.45 times more likely to have severe complications compared to former and never smokers,” according to the press release.

The overall crude mortality rate of the 2,473 cases looked at across the 15 studies was 7.4 per cent.

However, the mortality rate for current smokers was 38.5 per cent, the new study found.

“Despite the small number of patients that were analyzed, this increases concerns about the prognosis of this vulnerable population,” the study said.

The percentage of smokers in the sample studied (9 per cent) is lower than the “reported prevalence of smoking in China” — the country most studies were pulled from — which is around 25 per cent, but the study found that smokers still had a worse outcome than non-smokers.

The study added that previous research into other respiratory illnesses have “shown that inhaled tobacco smoke raises the transmission rate and severity of viral respiratory tract infections.”

Although the researchers acknowledged in their conclusions that the study had limitations — such as most of the data coming from China, and the fact that not every paper of the 15 included looked at both COPD and smoking — they said their results held important implications for health-care workers.

One of their recommendations was for officials to use telemedicine to help those with COPD be aware of the risks and receive the best possible care.

“We strongly advocate public awareness campaigns concentrating on ways to achieve smoking cessation among smokers, and it is possible that an improvement in cessation rates will help to reduce the spread of [the novel coronavirus],” the study also stated.

The question of smoking and COVID-19 is one that researchers have been looking into for months.

Earlier studies have largely supported the notion that smokers are at risk of developing severe complications if they contract COVID-19. Although some experts have theorized that nicotine itself could block the novel coronavirus from attaching to human cells, citing the lower percentages of COVID-19 among current smokers, this theory hasn’t been proven.

The World Health Organization reiterated Monday in a statement that “tobacco smoking is a known risk factor for many respiratory infections and increases the severity of respiratory diseases.”

LaserQUIT is a highly effect treatment for those wanting to Quit smoking in BC – with over a 95% success rate and 4.9 star rating from thousands of people who have freed themselves there is no reason not to Quit.