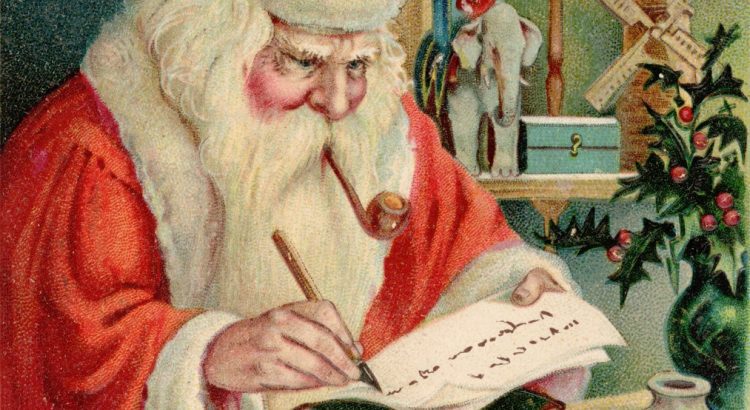 One of Western culture’s most mythical smokers, Santa Claus has been forced to quit his nearly two-century-long tobacco habit—during his most stressful season, nonetheless. Not by Mrs. Claus, who learned to deal with the smoky stench on his red suits decades ago. But by a Canadian entrepreneur determined to safeguard impressionable readers—the thousands of impressionable readers who, bowled over by the sheer badass-ery of Santa each year, aspire to grow out bushy white beards, soar to unhealthy B.M.I.’s, and smoke a long pipe just like Saint Nick.

The Canadian entrepreneur is Pamela McColl, who has released a politically correct retelling of Clement Clarke Moore’s famous “Twas the Night Before Christmas.” In it, McColl omits the incriminating lines “The stump of a pipe being held tight in his teeth. And smoke encircling his head in a wreath.” And, as if this character-softening were not enough to enrage Santa Claus traditionalists, she adds a letter “from” Santa, in which he denounces that “old tired business of smoking,” and, while he is at it, clarifies that he has been wearing faux-fur trim on his signature red jacket all of these years out of respect to the polar bears of his native North Pole.

The A.P. reports that McColl’s book has angered the American Library Association, Jon Stewart, and various Santa Claus fans who have gone as far as to wish death upon McColl for censoring their favorite fictional holiday figure. In addition to selling hard copies of her self-published book, McColl has also been donating copies to charities and hospitals.

Elsewhere, we hope that Santa Claus is getting the counseling and support he needs to get through this busy holiday season without that familiar pipe tight in his teeth.

If you have decided to QUIT LaserQUIT will help you.  With a 95% success rate, 5 star reviews and over 6000 people successfully treated there is NO Excuse.  Give yourself the gift that keeps giving financially and health wise.